The impossible brief winner is…

As everyone knows, the Israeli – Palestinian conflict is considered to be…

As everyone knows, the Israeli – Palestinian conflict is considered to be one of the most complex in the world, two nation who live so closely to one another yet are worlds apart.
In June 2010, during the Cannes Lions Festival, Yossi Lubaton, CEO of BBR Saatchi & Saatchi Israël , in partnership with the Peres center for peace launched an impossible brief to the creative community : How to make the Israeli and Palestinian people closer together?

In collaboration with JC Decaux, they placed 25 billboards along the Cannes promenade leading to main pavilion inviting the world advertising community to help them solve this brief !
Immediately, they were all over the network (facebook, twitter, websites and blogs) and they started receiving ideas from all over the world judged by a joint panel of Israeli jews and arabs from the BBR group.
The creator of the best idea won a free entrance to 2011 Lions Cannes Festival.
One year later, after 50 000 visits to the site, entrants from 67 nations and 112 ideas in total, the panel met at Cannes to reveal 19 ideas.
The winner, Mutual blood, has been created by Jean-Christophe Royer from BETC Paris and illustrated by Nimrod reshef, an idea also submitted by Ben Drummond and Tristan Williams (Iris, UK) with a strong concept : to organize a huge blood transfusion operation between volunteers from both countries. Would you still kill someone who’s got your people’s blood inside them? 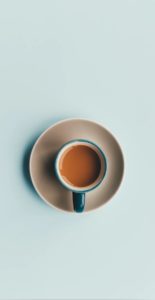